Last weekend we went to the last night of the Carillon Festival.  It's a Gilmore family tradition.  We always get KFC, and have a picnic on the lawn.


These traditions are so important to our daughter, and she so looks forward to it.  The festival is really amazing.  It's a time to slow down, enjoy great music, and time together.  It's very informal.  For those of you who aren't familiar with a carillon allow me to explain.

The carillon art has roots which extend back to the Chinese dynasties of 2,000 years ago.  However, although the bells were cast and tuned in foundries, Chinese musicians rarely performed on more that two octaves of these bells.  The more recent placement of bells in towers originated in Europe in the Middle Ages.  The area which is now claimed by the countries of Belgium and The Netherlands was the center of development of the carillon as a musical instrument.  In the thirteenth century the bell shape was con verted from a convex beehive to a concave form.  This modification allowed for a much more musical bell tone than the previous shape.  Towers in The Low Countries each had a large bell used for striking the hour and warning citizens of fire, flood, or invasion.  Eventually, smaller bells were added to strike a few notes before the large bells sounded.  These early chimes were dependent upon good tuning and distint tones.

The distinction grew between carillons and chimes, the former being a concert instrument of chromatically tuned bells and the later any group of these bells fewer than 23 in number.  That distinction is still made today.  A few of the first records of true carillons are those listed in Mechelen in 1384, in Gent in 1452, and Haarlem in 1431.  Musicians in these towns allowed for the expansion of the smaller groups of bells into a full keyboard instrument.  Later, a pedal board was added.

Bell quality suffered from 1790 until 1900, as old founders died and their formulas for casting and tuning were lost.  It was not until the beginning of the twentieth century that bell casting was revived enough to allow for a true-emergence of the carillon as a concert instrument.  Today there are six foundries active in casting tuned bells for complete carillons-five in Europe and one in the United States.  With the exception of the mechanical improvements, technical changes on the instrument have remained at a minimum for the last three hundred years.

The Rees Memorial Carillon is the gift of Thomas Rees, publisher of the Illinois State Journal Register from 1881 until his death in 1933.  After Rees had visited numerous carillons in The Low Countries, Rees determined to provide the funds for the building of a large concert carillon in Springfield.  As a result of his gift, the Rees Carillon is one of the largest and finest of the world's carillons.  Within the open tower hang 67 bronze bells, covering a range of 5 1/2 chromatic octaves.  The carillon was cast by Petit & Fritsen, Ltd., in AarleRixtel, The Netherlands.  The total weight of the bells is 73,953 pounds; the largest (bourdon) bell, a deep G fat, weighs 15,000 pounds, while the smallest weighs a mere 22 pounds.  The Rees Memorial Carillon has attracted innumerable tourists from every locale.  The world famous International Carillon Festival, held each June, draws thousands of music lovers during the week long event.

At 7:00 pm we enjoyed the performance by Andreas Schmid.  Mr. Schmid is the Carillonneur and Cantor at the Stadtkirche Unsere Lieve Frau in Eppingen, Germany, since 1993.

As we listened Maisie and I enjoyed playing Connect Four, as it was the only game we had in the car.  I let her beat me once.

The music continued with another performance at 7:45 pm featuring a Carillon and Classical Guitar Concert by Wim Brioen (guitar) and Karel Keldermans (Carillon).  Wim Brioden is renowned as one of the most talented of contemporary guitarists.  Karel Keldermanns has been the Carillonneur for the Rees Memorial Carillon since 1976.

The picure above shows the keyboard used in striking the bells.  Obviously, they don't allow people up during the concert, but the have the soloist displayed on a jumbo tron screen.   The sound can be heard throughout the entire park.  It's magical!

The sun went down and the excitment began to increase.  The Lightning Bugs lit up the sky in all their glory.  Children feverishly flitted around trying to catch them. Laughter was everywhere.  Troy busied himself taking pictures, which he enjoys.

We captured one of him!


﻿﻿﻿ ﻿﻿﻿
On Saturday and Sunday, they have fireworks after each performance.  This year they had a light show before firing off the fireworks off the top of the carillon.

The fireworks were not as abundant, but it didn't matter.  It was more about being together, and just enjoying life.  Thank you to the Springfield Park District for a lovely evening!
Posted by Unknown at 6:29 PM 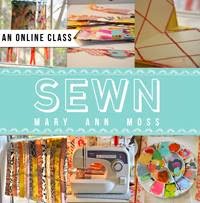